Perhaps the most famous variations within the genealogy in Matthew appear at the end of verse 7 and in verse 10.  These were the first two variant-units to be commented upon by the late Bruce Metzger in his Textual Commentary on the Greek New Testament.  The Alexandrian text reads Ἀσάφ instead of the Byzantine Ἀσὰ in verse 7, and it reads Ἀμώς instead of Ἀμών in verse 10.    Neither Asaph the psalmist nor Amos the prophet was ever a king of , so the presence of their names in the genealogy is surprising.  If the canon prefer the more difficult reading is applied, in both cases the Alexandrian reading will be adopted.  This was the course taken by Elijah Hixson in 2019, and it has been for over a century the usual decision.   (Hixson briefly described the main external evidence, so in the interest of brevity I will not review that here.)

I argued in 2012, and again in 2016, however, in favor of Ἀσὰ and Ἀμών, proposing that lectio difficilior potior has been applied here too mechanically. As I showed in 2016, there was quite a bit of orthographic variety in the spelling of names by early Alexandrian copyists.  And I still propose that these erroneous readings originated as an attempt by an early copyist (one with “Western” proclivities) to “pad the resume” of Jesus, by including prophets in his genealogy.

Less famous, but no less interesting, is the treatment of Jesus’ genealogy in Luke in Codex Bezae (D, 05).  (Matthew 1 is not extant in D.)  The text in D omits Luke 3:24-31, and has instead the names of the ancestors listed in Matthew 1:6-16, in reverse order (Zadok’s name is not included), and there are other aberrations, including the names Ασαφ and Αμως) before resuming Luke’s list of Jesus’ ancestors in verse 31b.

In Codex W (032), the genealogy in Luke is missing.  After Joseph’s name in Luke 3:23, the text of 032 simply jumps to chapter 4.  Perhaps this reflects a scribe’s awareness that the genealogies were absent in Tatian’s Diatessaron, or it could conceivably be a deletion by a recklessly bold scribe who did not want to transcribe anything that could be construed as a contradiction of the genealogy in Matthew 1.

A small cluster of manuscripts (including M U Θ 1 1582 33, and over 150 minuscules) reflects a reading that was known to Epiphanius (in the late 300s):  somebody inserted, between Josiah and Jeconiah, a reference to Jehoiakim (Ἰωακείμ).  This is a harmonization to First Chronicles 3:15.  Some copyists, it appears, were not averse to attempting to correct their exemplars, even if it meant disrupting the total in one of Matthew’s groups of fourteen generations.  (Matthew probably intended foe this 14x structure to bring to his readers’ minds the memory of the numerical value of David’s name).

Other glitch-readings occur in other manuscripts.  A notable error by the scribe of GA 109 was mentioned by Metzger (Text of the New Testament, p. 195):  the copyist mechanically copied the text of his exemplar, in which the individuals in the genealogy in Luke were formatted in two columns, as if they were one continuous piece, thus making a garbled mess of things.  A detailed analysis of how this occurred can be found near the entry of an entry at CSNTM’s “From the Library” blog from 2018.

The copyist of GA 1273 (the George Grey Gospels) also was discombobulated when formatting the genealogy in Luke.  Putting the names of Jesus’ ancestors in three columns, he mixed up the whole series of names, concluding with “of Adam, of Serug, of God.”  A little detective work (which Daniel Buck has done) can reveal the format of the genealogy in Luke in the exemplar used by the scribe of GA 1273.  It might be interesting to compare the format in 1273’s reconstructed exemplar with the three-names-per-line format in GA 2.

Quite a few scribes, when listing the names in Luke’s genealogy, gave each name a single line.  These include the copyist of Sinaiticus (À) and Codex Vaticanus (B, 03) – mostly.  In B, near the end of the last column on a page, the copyist wrote Ιωσηφ του Ηλει (“Joseph, of Heli”) on one line, as long as his normal lines, with a space between “Ιωσηφ” and “του Ηλει”, but on the next line (the last line on the page), του Ματθατ gets a line all its own, and on the next page, each ancestor’s name, preceded by του, gets its own line.

One glitch that has received special attention is the omission of τοῦ Καϊναν (or τοῦ Καϊναμ) at the beginning of Luke 3:36 in P75vid and Codex Bezae (D, 05).  Kainan’s name is not in Genesis 10:24 in the Masoretic Text, or in the Samaritan Pentateuch.  It may be that due to its absence in Genesis in these witnesses, a scribe deliberately removed it from the Western text as it appears in D.  A question arises:  the texts of P75 (early Alexandrian) and D (Western) are so different from each other, how could they share this reading if it is not original?

But do they?  In 2019, Henry B Smith Jr. and Kris J. Udd published a 46-page essay in the Detroit Baptist Seminary Journal, On the Authenticity of Kainan, Son of Arpachshad, in which this variant-unit was minutely examined.  A reconstruction of the relevant part of P75 (the MS is extremely fragmentary in this portion) was made by Smith and Udd in which “The inclusion of -Α TOΥ KAINAN at the beginning of line 5 would only increase its line length to 26 letters, fitting the context well.”  This reconstruction helps clear up some inaccurate records of P75’s text in Luke 3:36.  It also demonstrates that P75 never lacked Καϊναμ, though the question is open as to whether P75 read Καϊναμ or Καϊναν.

Thus the only manuscript that omits Kainan’s name in Luke 3:36 is Codex D.  Finding Kainan’s name absent in the early Alexandrian text and in a relatively early Western manuscript such as Codex D would have been remarkable.  But finding Kainan’s name omitted only in in the Western text of Luke attested by D is like finding a hamburger at McDonald’s; it is not remarkable at all, considering the other liberties that have been taken in Luke’s genealogy in D.

While some readers might be taken aback by how some scribes messed up the genealogy of Jesus Christ, one should remember that the bulk of manuscripts in different transmission-streams maintain the original text of the genealogies very well.  A blizzard of scribal errors does not make the sun stop shining. 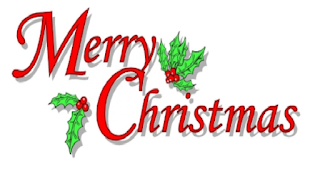 (Thanks to Kris Udd and Daniel Buck for their help obtaining some of the data in this post.)

Why does Alexandrinus write ιωση instead of ιησου at Luke 3:29. Does this show that the name was written as the nomen sacrum but suspension, ιη, and that a scribe supposed it to be a nomen sacrum by contraction and wrote the only Semitic name he knew that started with ι and ended with η? Are there other explanations?