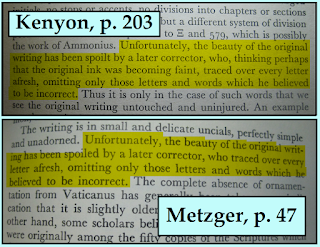 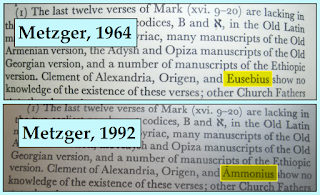 I am very thankful that you are addressing this issue. I used to love the NIV until I discovered the truth, that the one that I carried was missing many passages of Scripture. I use KJV and NKJV now primarily. Also, just to contribute some info in case you did not know. If you study the Greek and Hebrew of Biblical text, it has inherently a heptadic structure. As in all of the New Testament, as well as the Hebrew of the Old Testament, there are 175 words in the Greek text of the Mark 16:9-20, (7x25. You can study more on this from a man named Dr Ivan Panin, "The Last Twelve Verses of Mark." He came from Russia to the United States and became a believer and follower of Christ. He graduated from Harvard, I believe, with a PHD. He spent 50 years of his life writing on the Scripture and analyzing the beauty of the way the Bible is written. The modern problem that we have is that many colleges of Biblical studies use material that assaults God's Word. I know, because my husband and I attend one that is very divided on certain key issues, like the inspiration of Scripture, I mean the Word of God that you use to share the Gospel.
Westcott and Hort, Anglican churchmen had contempt for the textus receptus and began a work in 1853, that was based on the questionable Alexandrian manuscripts. They were strongly influenced by Origen, and others who denied the deity of Jesus Christ, and embraced the doctrines of the Gnostic heresies of the period. There are over 3,000 contradictions in the four gospels alone between those manuscripts, (The Textus Receptus and the Alexandrian). They have deviated from the original traditional Greek text in 8,413 places.
That is the reason that we have so much error going on in Scholarship. It is very sad and troubling.
God bless! Dixie