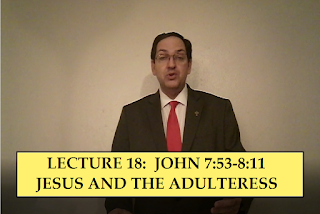 One take away is the apparent truth worthiness of Jerome’s Vulgate. What is your assessment of the Douay Rheims Bible?

I believe Augustine of Hippo also said that "Some of little faith, I suppose from a fear lest their wives should gain impunity in sin, removed from their MSS the Lord's act of indulgence to the adulteress."