Now we arrive at the key question:  which reading is original:  eudokia or eudokiaV?  Researchers have offered different solutions to this question.
In the late 1800s, John Burgon proposed that an early copyist inadvertently omitted the word en in the phrase kai epi ghV eirhnh en anqrwpoiV eudokia, resulting in kai epi ghV eirhnh anqrwpoiV eudokia.  (A similar error, he pointed out, occurred in Acts 4:12 in Codex Bezae, one of the few manuscripts that support eudokiaV.  In addition, according to James Brooks, in manuscripts of works of the fourth-century writer Gregory of Nyssa, Luke 2:14 is utilized with eudokiaV and without en.  According to Wieland Willker’s Textual Commentary on the Gospels, a few minuscules also omit en.)  From this shortened text, the early Latin version of the phrase is accounted for, which instead of meaning “And on earth peace, good will toward men,” means, “And on earth peace to men of good will” – which does not necessarily mean that divine favor has been dispensed to them, but can also mean that they are favorably disposed toward God:  in terra pax hominibus bonae voluntatis.
In an appendix of his 1871 book The Last Twelve Verses of Mark, Burgon used this variant-unit in Luke 2:14 to illustrate the importance of patristic testimony.  Confronted with the testimony of Codex Vaticanus, Codex Sinaiticus, Codex Bezae, and Codex Alexandrinus in favor of eudokiaV, Burgon cited 17 early patristic writers whose manuscripts of Luke 2:14 supported eudokia.  The supporters of the reading eudokia include:
● Eusebius (c. 320, in ),
● Aphrahat (330’s, in ),
● Titus of Bostra (c. 350, in ),
● Gregory of Nazianzus (c. 360, in central and then ),
● Epiphanius of (375, on ),
● Philo of Carpasia (late 300s, on Cyprus),
● Didymus (380, in ),
● Apostolic Constitutions (380),
● Chrysostom (c. 400, in and then ),

For more than 100 years, textual critics have allowed an apologetically motivated Western reading which contaminated part of the Alexandrian Text’s transmission-stream to stand in the text of Luke 2:14.  This should have changed a long time ago.  Not only was Ropes’ appeal to internal evidence sufficiently strong, but we have external evidence of which Hort knew nothing.  The minuscule 892 (a manuscript of the Gospels from the 800s, with strong Alexandrian affinities – more than any other minuscule) supports eudokia; had Hort known this, he might have given further consideration to the idea that eudokiaV is a Western attempt to prevent the perception of an inconsistency.
In addition, Ephraem Syrus’ commentary on the Diatessaron is much better-known than it was in 1881.  In Ephraem’s Commentary on Tatian’s Diatessaron, Ephraem cites Luke 2:14 as follows:  “Glory to God in the highest and peace on earth” – not to the animals or beasts, but, “Good hope for human beings.”   [p. 67, Carmel McCarthy, Saint Ephrem’s Commentary on Tatian’s Diatessaron: An English Translation of Chester Beatty Syriac MS 709 with Introduction and Notes, Copyright Oxford Univ. Press 1993]  On the premise that Ephraem was quoting from the same text upon which he was commenting – and this seems a very reasonable premise – we have here an echo of Tatian’s Diatessaron, that is, a composition made around 172.
Besides the testimony of Tatian and minuscule 892, the Sinaitic Syriac manuscript – discovered at St. Catherine’s monastery in 1892 – also provides early support for en anqrwpoiV eudokia.   After Agnes Smith Lewis and her sister Margaret Gibson obtained access to this manuscript (which was produced around 400), she translated it into English in 1894, and in that translation she rendered the angelic hymn as, “Glory to God in the highest, and peace upon earth, and good-will to men.”  According to Matthew Black, the Sinaitic Syriac has the Syriac word ‘ar‘utha, which is different from the Peshitta’s term, sabhra tabha; both are paraphrastic but clearly support eudokia.
To sum up:  ever since 1881, most new English translations of Luke 2:14 have been based on eudokiaV, even though the external evidence in favor of its rival eudokia has grown stronger and stronger, and the rationale for ευδοκίας based on internal considerations has been effectively countered.  If the textual critics who are currently preparing base-texts for translators of the New Testament do not feel compelled to adopt eudokia – the reading with more widespread patristic support, the reading with overwhelming more abundant attestation, the reading that is more stylistically appropriate to the author, the reading that fits the context better (considering 2:10b), and the reading that is more difficult (from an apologetic perspective) – then this confirms what many readers have long suspected:  despite the text-critically significant discoveries that have been made in the past 135 years, the pro-Alexandrian compilers of the Nestle-Aland and United Bible Societies’ texts have not progressed very much beyond Westcott and Hort, and have no intention of doing so. 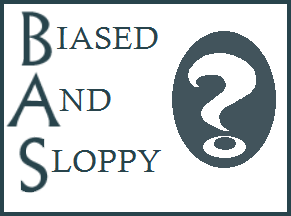