Of course not!  We want to boldly follow the evidence.  But somehow, when it comes to describing the evidence in an even-handed and balanced way, the scholars calling for the removal of John 7:53-8:11 from the text of the Gospel of John seem . . . timid.  They convey that the KJV has these verses because of half a dozen Greek manuscripts.  They do not tell their readers that the pericope adulterae is in over 1,300 Greek manuscripts.  They tell their readers that the passage is found in some manuscripts after Luke 21:38, as if it floated there from some unknown source -- as if "some" is the most precise estimate the commentators can muster, and as if they have no inkling why the passage would be in that location.  They say that no Greek commentator until the 1100s comments on these verses -- but they don't say exactly how many complete Greek commentaries on John were made in the period before that, and they say nothing about Latin commentators.

Look through Dan Wallace's online article "My Favorite Passage That's Not In The Bible," (you might notice that the 2008 form of the article is not identical to the identically titled article that appeared in 2007) and find where he tells his readers what Ambrose, Augustine, and Jerome were saying about the Pericope Adulterae in the 300s and early 400s.  What's that you say?  There's nothing about any of their statements?  Hmm.  He recommended that you consult the text-critical note about this passage in the NET, so let's try there.  What's that you say?  They are not mentioned there either?  Hmm.  Maybe look, instead, for some mention of the Didascalia, or Pacian, or Ambrosiaster.  Can't find them?  Hmm. 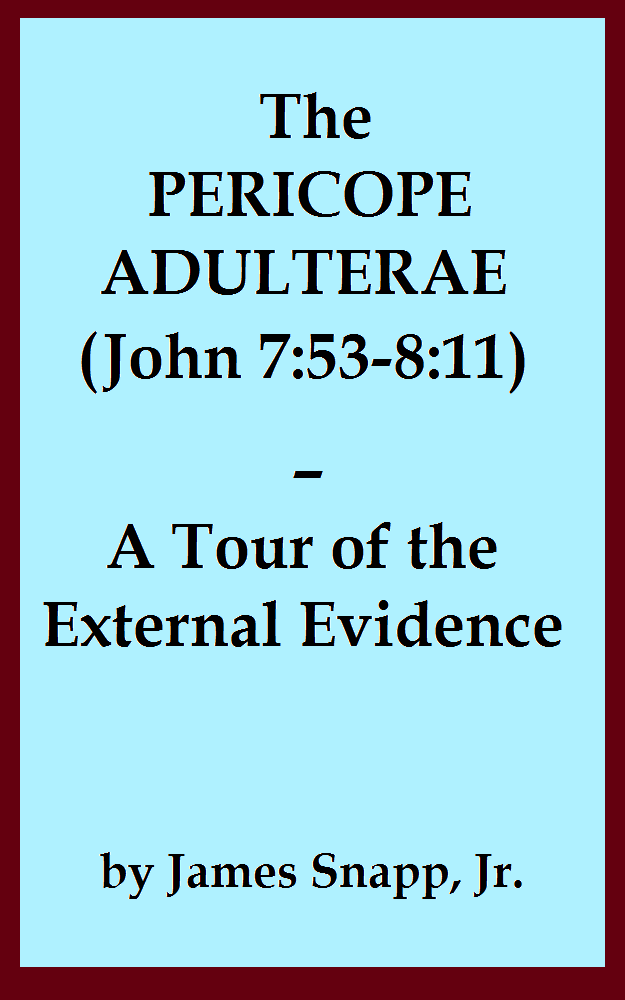