Constantine von Tischendorf was willing to let Codex Sinaiticus overrule all other Greek manuscripts in existence in John 6:15, in his eighth edition of the Greek New Testament.  Scholars less entranced with À have not concurred, arguing (as Metzger reports in his Textual Commentary) that φεύγει originated as a Western reading.  It had to be introduced as a sort of paraphrase fairly early, inasmuch as it is supported by Tertullian, De Rebaptismate, Ambrose, Jerome (who placed fugit in the Vulgate, agreeing with several Old Latin copies) and Augustine.  (Tertullian’s reference is not airtight, however:  in On Idolatry XVIII, he simply says that Christ “shrank back from being made a king,” without explicitly quoting John 6:15.) 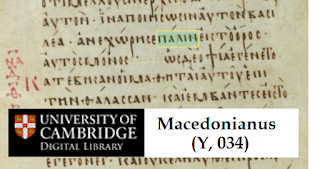 Ἀνεχώρησεν is read in all text-types:  Alexandrian (P75, B, L), Western (D), Byzantine (A, K, Λ, Π, N) and Caesarean (f1).   But did John write only ἀνεχώρησεν or ἀνεχώρησεν πάλιν?  Manuscripts without πάλιν here include W, Δ, Ψ, and most Byzantine copies.  The Peshitta, likewise, does not support πάλιν.  The word could perhaps have been skipped accidentally, if a copyist’s line of sight slid from the ν at the end of ἀνεχώρησεν to the ν at the end of πάλιν.  Or, having just read John 6:3’s account of Jesus going up into the mountain, early copyists couldn’t resist harmlessly adding πάλιν – but one would have to believe this happened at least twice for πάλιν to drift into A, D, Π, N, and Y. 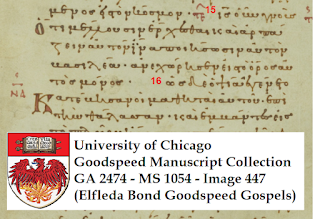 Readers of the Nestle-Aland Novum Testamentum Graece compilation would never detect that the reading found in the Byzantine Text, W, and the Peshitta exists:  the N-A apparatus mentions the reading in À but not the reading of most manuscripts – an omission that is difficult to explain except as an effect of the editors’ pro-Alexandrian bias.  The UBS apparatus doesn’t mention the non-inclusion of πάλιν either; nor does they Tyndale House GNT’s apparatus.

The non-original reading φεύγει is more interesting than it looks – not only because it was temporarily favored by a leading textual critic in the 1800s, but because it reveals that retro-translation sporadically affected the Greek text in the exemplar of the opening chapters of John in Sinaiticus – the same sort of Western phenomenon that has unfortunately affected the NIV 2011’s base-text of Mark 1:41.

Chrysostom has “departed again” proper on his text of John 6:15, but interestingly enough he has “fled” in one of his homilies in Matthew. I guess the latter was just the way people at that time quoted the verse loosely from memory. Another detail that I found interesting was the fact that Cyril of Alexandria repeated the content of this verse several times in his commentary on the sixth chapter of the gospel of John, and the “again” never appeared. I find fascinating the fact that Cyril’s text at times departs from the Alexandrian text as we know it today.

Remember that these early chapters of John in Aleph are "Western," that is, aligned with the Old Latin manuscripts. This is a good example of that.