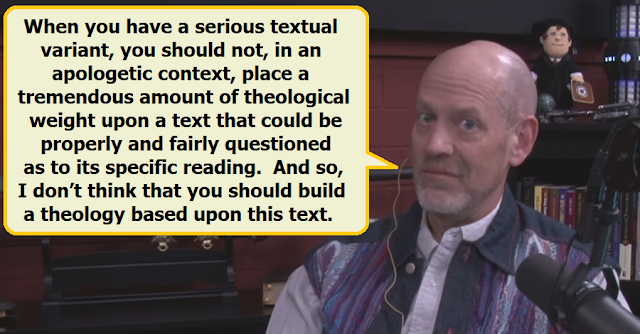 He is not comparing it to any English translations. The ones you have listed and many others like that are the result of the textual criticism of the actual texts and the critics deciding what the author or scribe intended to copy and write. Some have been resolved somewhat reasonably, while others as Snapp has pointed out have been left alone unresolved. This can and as lead to error and mockery from atheists (not an inerranist myself but I believe most errors in the New Testament are a result more from the copyists over time than the authors themselves).

Even the interlinear Greek Bibles are the result of textual criticisms and are composed from many different texts.