An Update on James Leonard and the Byzantine Text

As I reported last month, a series of posts at the New Testament Textual Criticism discussion-group on Facebook presented a case that the Byzantine Text has a large and ancient stratum that includes distinct readings.  Moderator James Leonard responded by deleting the posts and ejecting the poster (that is, me) from the group.  No rules of the forum were broken – Leonard simply decreed that views that do not favor the Alexandrian Text are unwelcome.
Leonard proceeded to claim, “For the record, we do think that many Byzantine readings are early, but that the existence of a coherent Byzantine text type is a later development, and that many or most readings from the Byz text which differ from modern critical editions (NA28, SBLGNT, Tyndale House NT) are often unattested by the Greek manuscript tradition prior to the 9th century.”
Leonard has yet to answer the challenge to produce a list of distinct Byzantine readings in Matthew or Mark which lack manuscript-support prior to 800.  Instead, as if he misread the invitation, Leonard submitted Philippians 1 as Exhibit A in his case for the lateness of the Byzantine Text.
I responded on May 31, showing that Leonard’s view depends on a flawed method, and that it collapses when one takes off Leonard’s arbitrary blinders so as to see versional and patristic evidence.  Twenty-nine of the 31 Byzantine variants listed in Philippians 1 in the Nestle-Aland apparatus are supported before 800 – including an agreement between the Byzantine reading of Philippians 1:24, and the reading of Philippians 1:24 in Papyrus 46.
Leonard can of course continue to circulate his delusion that most distinct Byzantine readings are not attested before 800, but one would hope that his friends will be kind enough to point out to him, sooner or later, that 93% of the evidence in his own hand-picked sample-passage is crushing his credibility.  Perhaps they are afraid of what might happen to their group-membership if they point out that the emperor is naked.)
Or so I thought last month.  My research was, as I mentioned at the time, based on a quick and non-exhaustive investigation of the evidence.  Now, additional evidence has been pointed out to me regarding the two Byzantine readings that initially appeared to lack support before 800:

(1)  The Byzantine reading συμπαραμενω in Philippians is supported by Chrysostom (c. 400), who emphasizes the term in his Fourth Homily on Philippians:  “He showed them that if he remained, he remained for their sake, that it proceeded not from wickedness of those who plotted against him.  He subjoined also the reason:  that he might secure their belief.  For if this is necessary, that is, I shall by all means remain, and I will not ‘remain’ simply, but ‘will remain with you.’ For this is the meaning of the word, ‘and I shall abide with,’ [συμπαραμενω – See Migne P. G. Vol. 62, Col. 207, line 26] that is, I shall see you.”   And he re-affirms, as he begins to explain verse 26, “You see that this explains the word ‘abide with you’” [συμπαραμενω again] – and he proceeds to cite Romans as a similar passage (where συμπαρακληθηναι is used). 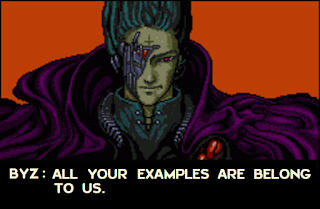 (2)  The Byzantine reading αυτοις μεν εστιν in Philippians (where NA reads εστιν αυτοις) is supported, according to Tischendorf’s apparatus, by the Peshitta (late 300’s/early 400’s), by Theodoret  (first half of the 400’s), and by John of Damascus (early 700’s).

The number of Byzantine readings in Philippians 1 that have no support before 800 is thus reduced to zero.
There is a saying:  “The dogs bark, but the caravan passes.”  In text-critical academia, the advocates of a heavily pro-Alexandrian position have been attempting to steer the caravan for some time.  They have tended to look at those with other views (especially those with pro-Byzantine views, and even those who, like myself, believe that the Byzantine Text includes a large independent and ancient stratum that the Hortian transmission-model unfairly minimized in a way that has still not been adequately undone) the way a caravan-driver looks at a dog along the side of the road.
However, they are not really in the driver’s seat.  The evidence is.  And when the evidence opposes a position as strongly as the evidence opposes Leonard’s claims, it is obvious (wherever people are allowed to see the evidence clearly) whose view is in the caravan with the evidence, and whose credibility has gone to the dogs.

I would add further that if the current opinion as reflected in NA or ECM holds that Chrysostom or other writers in fact do cite the Byzantine reading in those locations, that should be taken as factually valid, the burden of disproof remaining on those who might claim later alteration at such points. This basically means they need to find one or more patristic MSS containing the non-Byzantine reading in those locations. Absent any proof to the contrary, I would assume the judgment from the patristic specialists at Muenster to be correct in such instances.

If a reading is attested by other witnesses, what makes them distinctively Byzantine?

"Distinctly Byzantine" in relation to a particular given reading is more of a myth than anything else.

Only W-H's definition should be considered in relation to such an expression: a reading that -- so far as they knew in the later 19th century -- is present among the mass of later Byzantine MSS but which has no attestation before the mid-4th century, whether among MSS, versions, or fathers ("MSS" in that case meaning Aleph/B).

What should be discussed today, however (now that virtually all primary Byzantine readings can be shown to have pre-mid-4th century existence, which is basically what Colwell had stated) is the matter of the distinctive pattern of Byzantine readings taken as a general matter of sequence within the continuous text of any given NT book.

I completely agree with you on this, Maurice. This is why I noted on James's original post that the issue is not whether so-called Byz readings have early attestation but whether the Byz text as such (i.e., as you define here) has early attestation.

The actual issue raised was not in regard to whether the Byzantine pattern of readings has early attestation, but whether Dr Leonard was correct in asserting that "many or most readings from the Byz text which differ from modern critical editions (NA28, SBLGNT, Tyndale House NT) are often unattested by the Greek manuscript tradition prior to the 9th century.”

On that point, I would say Mr Snapp's assembled data speaks for itself.

Dr Robinson said: "virtually all primary Byzantine readings can be shown to have pre-mid-4th century existence, which is basically what Colwell had stated".

Where can I find this presented?